Drivers licenses are not directly tied to license plates, but they offer an interesting look at the evolution of licensing practices and forms, and investigating the lives and homes of the names of each driver has become another hobby for me.

Licenses expired in odd-numbered years.  So far I’ve been able to obtain at least one from each year from 1923 to 1939, with later years slowly being filled in.

An informal history of licensing in Washington was recently found in the files of the Washington State Archives, which provided the following background on the issuance of drivers’ licenses:

In 1921 the Driver’s License Division was set up under the Director of Licenses.  The fee was $1.00 for two years.  To obtain a license, the driver was required to furnish the signatures of two persons who certified that the applicant was a competent driver and had no physical infirmities which would impair his ability to drive safely.  An impression of the state seal had to be placed on every license.  This was done by an electric driven sealing device.  The minimum age was continued at 15 years.  Drivers licensed in the first two year period number 301,110.

Based on this, since licenses were first issued in 1921 with a two-year expiration period, the earliest licenses would be dated 1923.  The history also states that for the first period of issue only, any drivers convicted of an offense would have their licenses exchanged for a blue one, and after a second offense, a yellow one was issued.  Apparently some officials were caught with violations and didn’t appreciate their licenses being marked, so the practice was discontinued after the first two-year cycle.  Colored 1923 licenses are now something to be on the lookout for!  All licenses through 1933 are duly approved by the Department of Efficiency.

By 1937, the Department of Efficiency apparently was no longer around, but somehow without it the state had found a more efficient delivery method for drivers licenses, essentially making them a postcard. 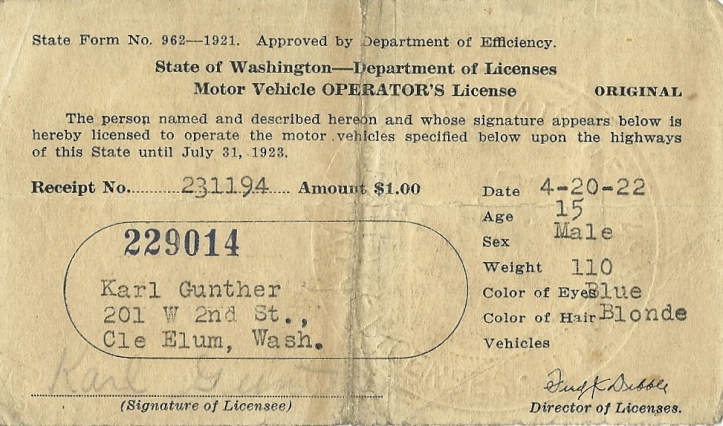 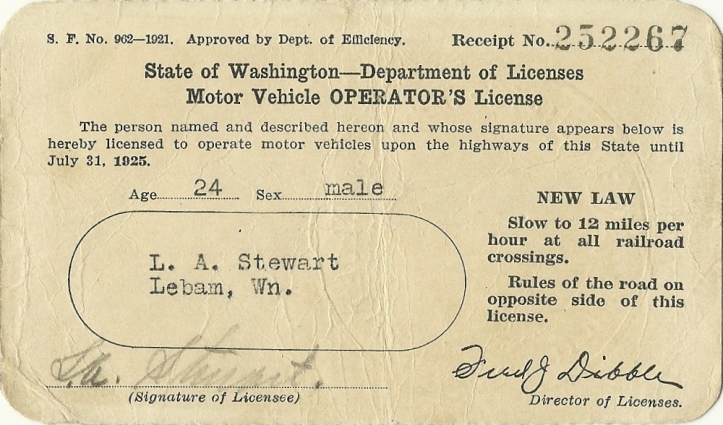 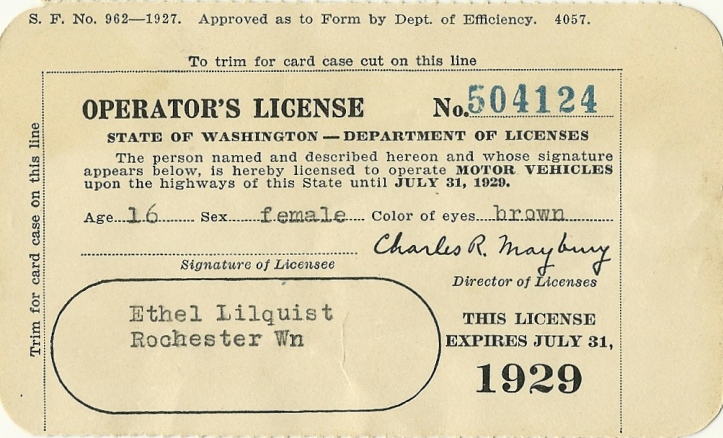 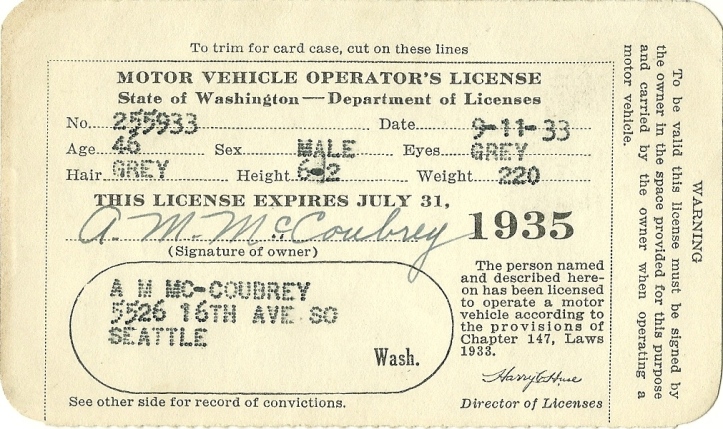 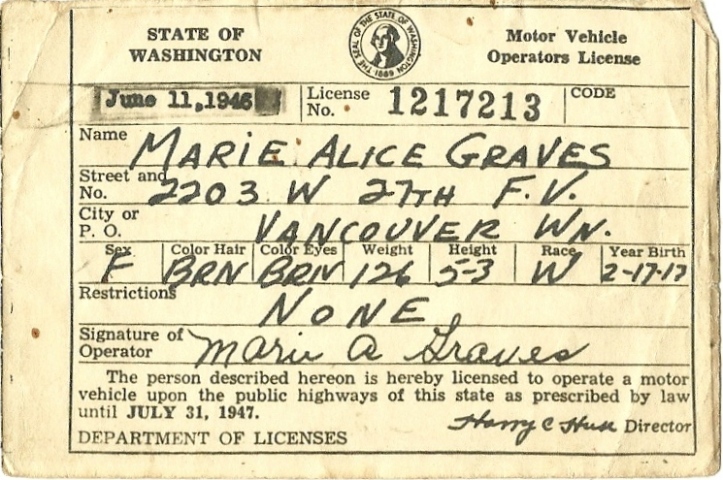 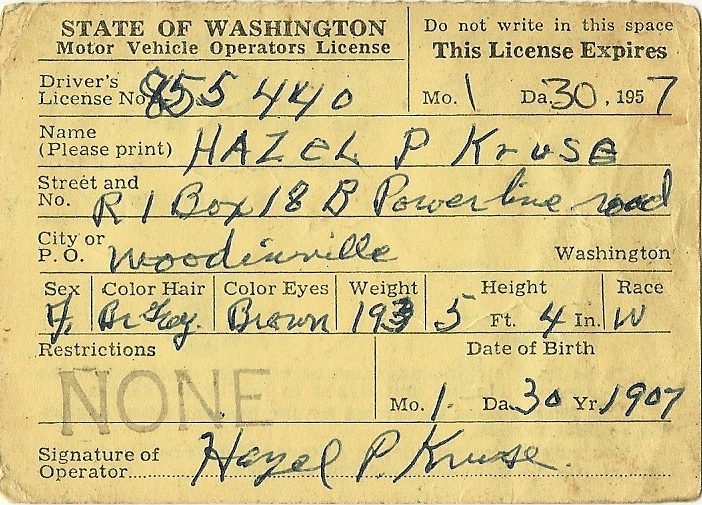 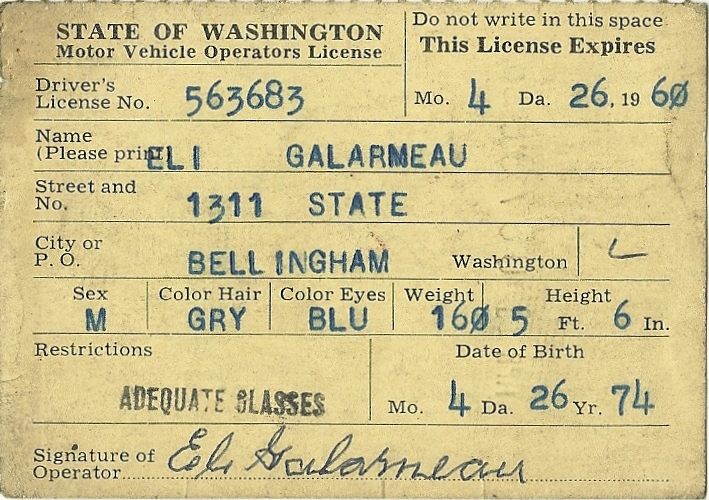 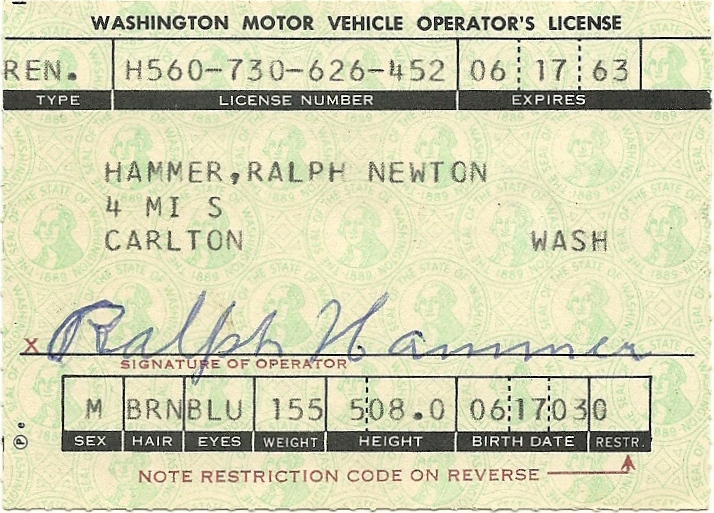 Interested in learning more about license plates?  Have any that need a new home?  Please contact me!

All images are items from my collection or scanned images of historic photos I own, unless noted otherwise.  Please do not use for any other purposes without permission